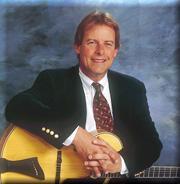 To view these photos in a slideshow format, simply click on one of the above images.

Never previously on the market, this approximately 363 acres is a part of the historic land grant Rancho Corral De Quati. On the Foxen Canyon Road ''Wine Trail'' the ranch is less than 10 minutes from the upscale charming town of Los Olivos, a hub of the food and wine industry in Santa Barbara County. The Santa Ynez Valley on California's Central Coast is easily accessible by local and regional airports and from the Bay Area to the north and Los Angeles to the south by U.S. 101. This pristine classic California land is primarily composed of rolling grasslands spotted with historic Valley and Coast Live Oaks. From the days of the Ranchos, it has been used for grazing cattle.

This information is being provided for your personal, non-commercial use and may not be used for any purpose other than to identify prospective properties that you may be interested in purchasing. All information is deemed reliable, but not guaranteed. All properties are subject to prior sale, change or withdrawal. Neither the listing broker(s) nor Coldwell Banker Residential Brokerage shall be responsible for any typographical errors, misinformation, or misprints.

Please Register With Us. If you've already Registered, sign in here

By Registering, you will have full access to all listing details and the following Property Search features:

It is NOT required that you register to access the real estate listing data available on this Website.

I do not choose to register at this time, or press Escape